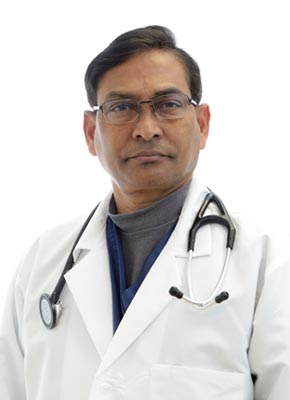 Dr. Mohan Kesani became a doctor for one very simple reason: his grandmother told him to. He was homeschooled in India until the sixth grade, and began his medical career in rural India. In 1989, he moved to Jamaica where he served as a district medical officer, overseeing all medical services in remote clinics - from ER visits and trauma to childbirth.

Dr. Kesani began practicing cardiology in 1996. Since then, he has treated thousands of patients and saved many lives within the community. He also works to bring medical services to underserved populations. Dr. Kesani says his goal is to better the lives of his patients every day.

Cardiovasular Consultants is proud to provide high-quality cardiac care to patients throughout Northwest Indiana and the surrounding communities.